Photographs from around the world and free computer backgrounds. Select a photo collection from above. 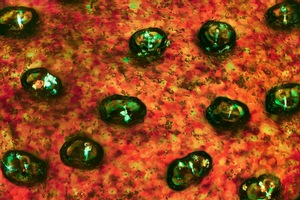 clearly appearing like something out of a Hollywood special-effects laboratory, this unreal-looking skin is actually quite common and is perhaps devouring something right outside your back door... it is a super-closeup of a June Bug's thorax (shoulder blade equivalent). the June Bugs in our area are an uninteresting plain brown, but as we explored it's outer surface, we noticed a very small metallic-looking shiny spot. far too small to see with the naked eye, we zoomed in on this spot and discovered it to be made up of many 'skin' cells of reds, oranges, and yellows each measuring around 1/3000 of an inch across. the green jellybean-like objects are actually pits in the bug's shell and have a hair growing out of each one (similar to a human pore). these deep bowel-shaped pits (about 1/400 of an inch long) were lined with more metallic-type cells that reflected our lighting back in various greens.
Alien Skin 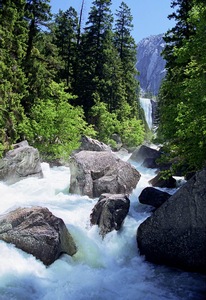 I was set up for this whitewater section of rapids and took several shots, freezing the splashes of water at different moments in time. It was an extremely wet area from all the mist, and the lens had to be wiped down between each shot. Then I continued my hike up stream, shooting along the way. At the base of the falls, it was time to change film. For an unknown reason, my camera indicated that I had rewound the film completely, but a good portion was actually still vulnerable. When I opened up the back, boy was I surprised to have just exposed my work to daylight. Having no idea which part I had just ruined, I retraced my steps and began re-shooting each scene with a different camera back in hopes to not repeat the malfunction. While in wooded areas, since many scenes are shaded by neighboring trees, I commonly will first hike unencumbered with gear to calculate the ideal time of day for that particular scene. Thankfully, my window of light for this area was long enough to obtain a second set of exposures.
Falls and Rapids 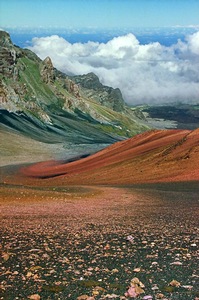 I'm hiking across the inside of a volcano crater and loving the diverse assortment of mineral colours. every few minutes it seems like i enter a new alien world with unique soil and rock types. The distant base of the clouds are over a mile in elevation, and they peak around 8,500 feet – the camera is just under 10,000 feet to capture this beautiful and unique land.
Crater Walk 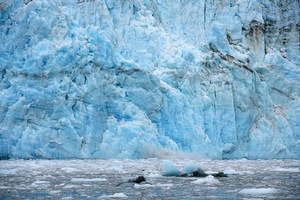 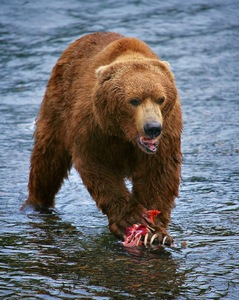 no photographers were harmed in the capturing of this photo (although we are in need of a new photo-assistant ;-)
Bear Snarl 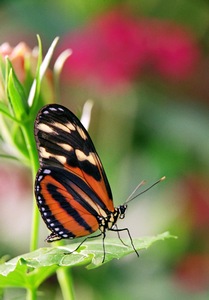 Having such a small body and graciously long wings, the Tiger Longwing doesn't flap quickly like most butterflies. Instead, it creates a very elegant slow-flutter to navigate through the rain-forest foliage in Brazil. It's motion is very different from what i'm accustomed to in the northern hemisphere, and i found it quite mesmerizing.
Tiger Longwing

For several kilometers in the GuiLin area, there exist many of these uniquely shaped mountains. They are a pleasure to travel through and are ever-changing as the sun passes over. The locals have a saying concerning their beautiful surroundings; "I'd rather be a GuiLin man [person] than a supernatural being".
Mounds

People worldwide enjoy our 'Moments with Nature' photo sharing project
We receive countless thank-you notes from people around the world who look forward to every tuesday morning when they receive our and relax just a bit. Folks that are in stressful jobs or difficult life situations, who now take a moment to breath and enjoy a serene picture from planet earth (and look forward to next weeks moment). It has become very popular over the years, and you could be included… It's completely free, super easy to cancel, and never any other use of your email address